Before Serena Williams, there was Althea Gibson, the first Black tennis player to win a Grand Slam Tournament. She was the first Black tennis player to compete at the U.S. National Championship in 1950 and the first Black player to compete at Wimbledon in 1951. Growing up, Althea loved tennis but was not able to break into the sport during the 1940s and 1950s due to discrimination as a result of the white, male dominated nature of the sport. Her breaking point came in 1950 when Alice Marble, a former Number 1 tennis play wrote a letter chastising the sport for not letting someone of Althea’s caliber compete in the world’s best tournaments. Marble’s letter caught the attention of the tennis world and Althea was then able to compete, going on to break barriers, become the Number 7th ranked tennis player by 1953, and open up the sport for African-Americans in the process.

“People thought that I was ruthless, which I was. I didn’t give a darn who was on the other side of the net. I’d knock you down if you got in my way.” – Althea Gibson

Take that attitude into your work and kill your goals this week. Knock down whoever stands in your way and break barriers in the process. 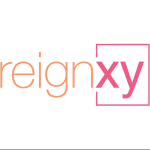